The importance of colostrum for newborn calves is well-recognized. Colostrum, the first milk produced by the cow at calving, offers a rich source of energy, nutrients, immune cells and antibodies. These antibodies are especially important, since newborn calves lack disease protection, as antibodies do not pass through the cow’s placenta to the calf’s circulatory system. The antibodies in the cow’s colostrum will provide her calf with initial disease protection.

The immunity acquired during the first few days of life is particularly important for a calf’s health and survival. Studies on calf death losses have shown that 4–12% of calves are either stillborn or die within the first 24 hours after birth. While there are many risk factors during this time that may lead to calf mortality, early nutrition and colostrum management are key influences. 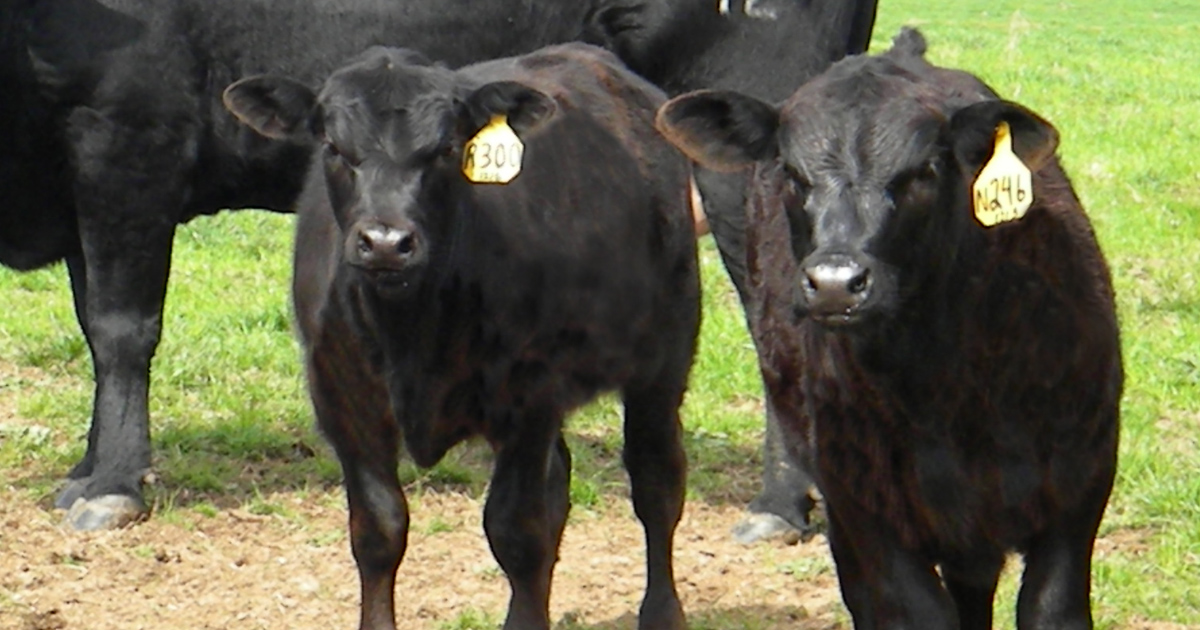 For the first three to five weeks of a calf’s life, the passive immunity it received from the absorption of immunoglobulins in the colostrum provides substantial protection to help the calf fight off infections, illness and diseases. Immunoglobulins are large protein molecules that function as antibodies and that are produced by plasma or white blood cells. They serve an important purpose in the immune response by fighting off bacteria, viruses and other harmful invaders. There are different classes of immunoglobulins that each have specific functions, biological features, targets and structures. The primary (80–85%) colostral antibodies are immunoglobulin G (IgG), followed by immunoglobulin A (IgA, at 8–10%) and immunoglobulin M (IgM, at 5–12%).

The major factors that will influence newborn calf colostral immunoglobulin absorption are:

Colostrum absorption is maximized and at its most efficient shortly after birth, and it begins to decline steadily as time passes, with very minimal absorption occurring by 20 hours post-calving. However, in some calves, this closure of the gut can occur as early as 12 hours post-partum. Despite the length of time to gut closure, immunoglobulin transfer across the gut epithelium is most efficient in the first four hours post-partum and begins to decline rapidly after 12 hours post-partum. By the time 24 hours have passed, it is estimated that only 10% of immunoglobulins are absorbed. Therefore, it is important to get that essential colostrum into the calf as soon as possible.

While these large proteins can be transferred through the gut prior to closure, so too can bacteria and large particles that may be harmful if ingested. This is yet another reason why it is so important for cows to calve on clean, dry ground.

The number of immunoglobulins presented to the newborn calf is dependent on the volume of colostrum available and the immunoglobulin concentration of that colostrum. The quality of the colostrum can be affected by the dam’s age, health and nutrition status. Cows that are older — i.e., in at least their third lactation — typically have a higher volume of colostrum that is better-quality compared to the colostrum of a younger cow or first-calf heifer. While there are tools that can be used to measure colostrum quality, typically, good indicators of high-quality colostrum include a tan or yellow color and a very thick, creamy consistency.

Nutritional status of the dam

The dam’s nutritional status can greatly impact the colostrum available to the calf. Colostrum and immunoglobulins start to from 5 to 6 weeks prior to calving. A Virginia Tech study has shown that colostrum volume and the calf’s absorption of IgG were lower in nutrient-restricted cows compared to cows fed to their requirements, even though the IgG concentrations did not change. A study in sheep found that nutrient restriction from mid- to late pregnancy in ewe lambs altered their colostrum quality and quantity. The dam’s nutrition prior to calving can greatly impact the amount of colostrum produced and the absorption of immunoglobulins, which, if inadequate, could lead to scours and higher mortality rates. Bio-Mos® 2 has been shown to support gut integrity and colostrum quality, thereby promoting overall performance. This product should be fed two months prior to calving for optimal results.

A common problem during calving season is failure of passive transfer (FPT), which occurs when a newborn calf does not receive the necessary colostrum from the cow. This can occur if the cow was in a nutrient deficit and did not produce quality colostrum or, in cases of dystocia, the calf is weak, temperature stress becomes a problem or the dam does not take care of her new calf — all of which can prevent the newborn calf from nursing. These factors may prevent the calf from not only getting the essential nutrients from the colostrum but also from getting the required antibodies. FPT can result in significant economic losses through increased calf illness and death. If a calf has not nursed or is at a high risk of not nursing within the first couple of hours, it may be best to intervene and provide it with colostrum.

The ideal method for a calf to receive colostrum is from its own dam. If possible, use a chute to restrain the cow in order to allow the calf to nurse. If the calf does not want to suckle, the cow could be milked out and a tube feeder can be used to get colostrum into the calf. A newborn calf should be fed about two quarts of colostrum twice: first, within four to six hours post-birth, and again, within four to six hours of the original feeding. Colostrum should be collected within 24 hours of calving. If collecting from the cow is not possible, colostrum replacers or supplements can be used. In these situations, consult a veterinarian for assistance in selecting the best option.

Remember, the first meal is the most important meal of a calf’s life and will play an instrumental role in the calf’s immune system development. It is vital to ensure that each calf receives rich, nutritious colostrum in order to set them on a path to successful performance.

Give your calves the best-possible start by placing cows and heifers on a high plane of nutrition during the last few months of gestation. ULTRALYX offers a wide variety of high-quality supplements that deliver the essential minerals and vitamins to cattle. Blueprint® Breeder 8% Phos Bio-Mos® 2 contains not only an advanced mineral program, including Bioplex® organic trace minerals, but also offers the added Bio-Mos® 2 to support colostrum quality and gastrointestinal integrity.

If additional protein may be necessary to supplement your forages, look to offer a pressed, compressed, poured or low-moisture protein block — such as the ULTRALYX® 17% AN Hi Mag Breeder low-moisture block or the ULTRALYX® UltraPro™ 20% Breeder with Bioplex® Hi-Four — prior to and through calving. For help selecting a product that fits the specific needs of your cow herd to maximize its colostrum quality, contact your local ULTRALYX dealer or call 1-888-718-3493 to speak to an ULTRALYX representative.

Bioplex® and Blueprint® are registered trademarks of Alltech.